Individuals have enquired as to whether it would be possible to move Western Province MTB XCO # 4 at Helderberg Farm on Saturday, 2 May 2015, due to it being a long weekend. Unfortunately the 9th of May 2015 has already been allocated to the first round of the Western Province Mountain Bike Marathon Series in the form of the Nissan Trailseeker Western Cape Series, so this is not possible.

Prize money for the event will be at the elevated values of Western Province Mountain Bike XCO Series #3. This has been made possible by the additional sponsorship received by Subaru Cape Town . It is also the last change to qualify for Western Province (Regional) MTB XCO Colours. In addition, it will also serve as the last race to determine the winner of the Western Province MTB XCO Cup Series. A separate awards ceremony will be held at the end of the season for the top three in the Cup Series.

Both Paul Valstar and Sipho Mona will be on duty as announcers on Saturday.

Refreshments in the form of boerewors rolls, hamburgers, chipstix, muffins, brownies, coffee, cooldrinks and water will be catered for by D.F. Malan High School, Chipstix and Jan Niekus.

Once again Wilhelm Sieberhagen has been employed to photograph the event. After the event a sample of low resolution images will be posted on the website. All the high resolution images from the weekend can be purchased from his website http://www.picsiebphotography.com/

It has already been confirmed that in the ladies Elite race that both Ariane Kleinhans and Cherié Vale will be participating.

We look forward to this weekends exciting race!

This series is brought to you by the WP MTB Commission in partnership with: 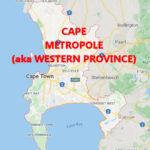